James Bond “some kind of hero”

My good friend Cary Raditz just offered me a 704 pages book telling the story of the 007 films.

The title is Some Kind Of Hero. Well chosen title! Not quite a James Bond film title like The World Is Not Enough or You Only Live Twice, but still, clever, humorous and deviant on the frontline, as 007 himself. 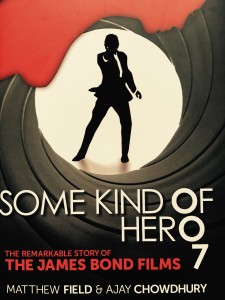 Come on! Is James Bond just some kind of hero?

Well, I must say I love the idea. Until now, I thought, according to my research (from ads, films, self help books…), that we all were, in modern times, potential heroes.

Now, I can better understand that we all are some kind of heroes. Like James Bond.

What does this some kind of hero convey? To my ears, two things.

First. Any size of hero does the job. Big heroes. Small heroes. Insignificant heroes. Everyday heroes. Antiheroes. Falling heroes. They all are some kind of heroes.

Second. Some kind of hero is a hero in between. Somewhere in between not a hero and a complete hero. More or less a hero.

That makes it much more democratic, no?

Aren’t we all less than complete heroes? but a little greater than vilains? Aren’t we all, in modernity, demi-heroes? Do not the complex narrative discourses in modernity put us somewhere between heaven and hell? between good and bad? beyond good and evil? Aren’t we all paradoxical heroes?

If James Bond is, why not all the boys and girls in the loop? Why not humanity facing climate change?

As Nietzsche puts it (we do not have to agree, but it is a great example of these complex narrative discourses that characterize modernity):

“Now clench your teeth! Keep your eyes open! Keep a firm hand on the helm! – We sail straight over morality and past it, we flatten, we crush perhaps what is left of our own morality by venturing to voyage thither – but what do we matter! Never yet has a deeper world of insight revealed itself to daring travellers and adventurers” (Beyond Good And Evil, Penguin Books, 1990, p.54).

To keep in mind, for later, only for your eyes: 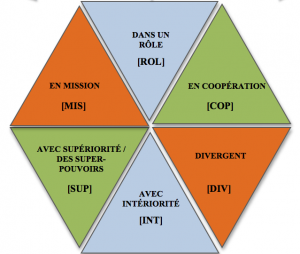