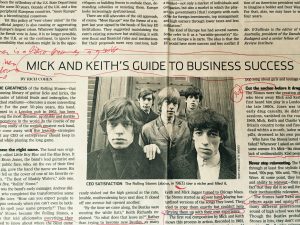 Rich Cohen, who is a contributing editor at Vanity Fair and Rolling Stone magazines, gives us his view on the five lessons he draws from Mick and Keith’s “dynamic, profitable and durable corporation” – strategies “any CEO or entrepreneur should keep in mind when playing the long game” (Source: Rich Cohen, The Wall Street Journal, May 9, 2016).

Well, according to my research on the modern hero, it is just one more tip, out of a million, perfectly fulfilling all requirements of the Hero-Matrix. 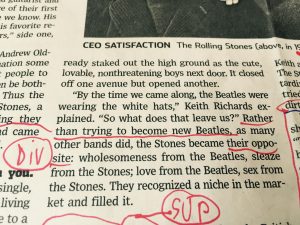 DIV – The diverging hero: instead of becoming the new Beatles, the Stones became their opposite. The Stones went through a constant metamorphosis. They showed an outstanding “elasticity” and “ability to reinvent”. 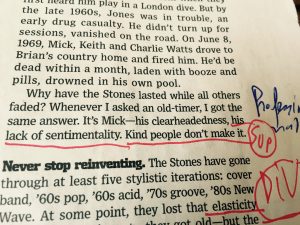 SUP – the super-powered hero, the hero showing superiority : if Mick lacks “sentimentality”, it is just business. In other words, “Kind people don’t make it”. 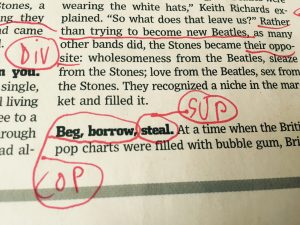 COP – The hero who knows how to co-operate, who is a negotiator: at some point, the Stones were able to “beg” and “borrow”. 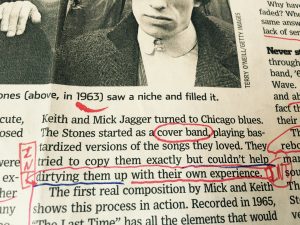 INT – The hero showing some kind of interiority. If you copy your role models exactly, you’re not quite a modern hero. You have to put your guts into it: for the Stones, when they copied the songs they loved, they couldn’t help “dirtying them up with their own experience” (adding steel, speed, sex and “teenage comeuppance”). 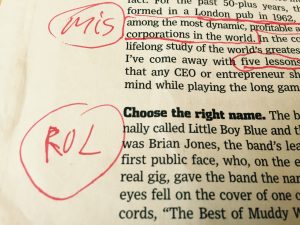 ROL – The hero in a role. OK, be yourself, but still, do not forget marketing, communication, names and faces. The “Rolling Stones” sounds better than “Little Boy Blue and The Blue Boys”.

Pick up the right role, then roll! 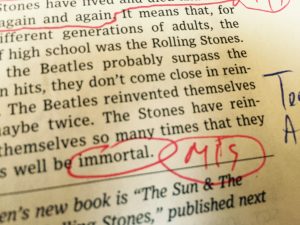 And finally MIS – The hero on a mission. To be a hero you need to follow a track. It led the Stones to success (the “Stones” as a “dynamic, profitable and durable corporation”). But there’s more to it: it brought them “immortality”. Why wouldn’t that be a mission? a mission for the Stones and Transhumanism: live and die… and be reborn again and again. 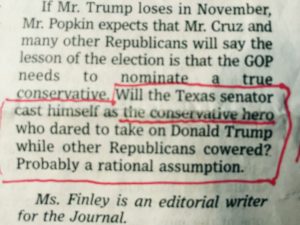 In a paper on Popkin’s theory of low-information rational voting, the editorial writer concludes that Cruz, one of the GOP candidates Trump defeated, might become one day “the conservative hero”. That is to say the one “who dared to take on Donald Trump while other Republicans cowered”. Here, the word “hero” comes as a close synonym of “leader”, or “the leader to come”. “Daring” is his signature.

As Popkin says, “reasoning and rational don’t mean right”, and “passion can overrule the fine print”.

In the terms of the hero-matrix I developed, we have here a mixture of INT (With interiority) and DIV (Divergent).

Source: Allysia Finley, “Trump Voters: Not So Irrational”, The Wall Street Journal, May 9, 2016. 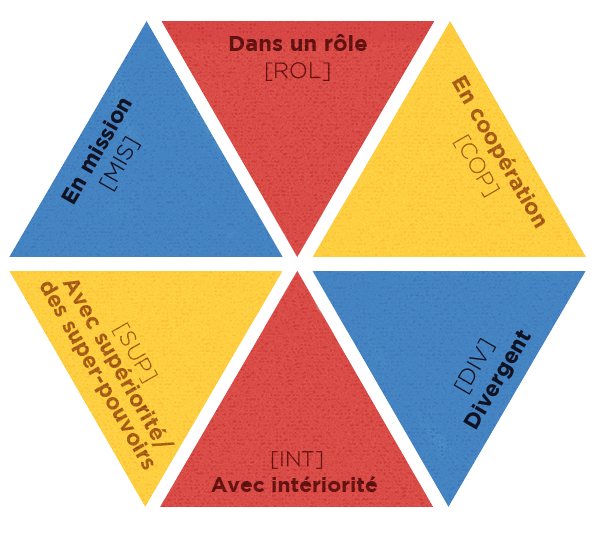